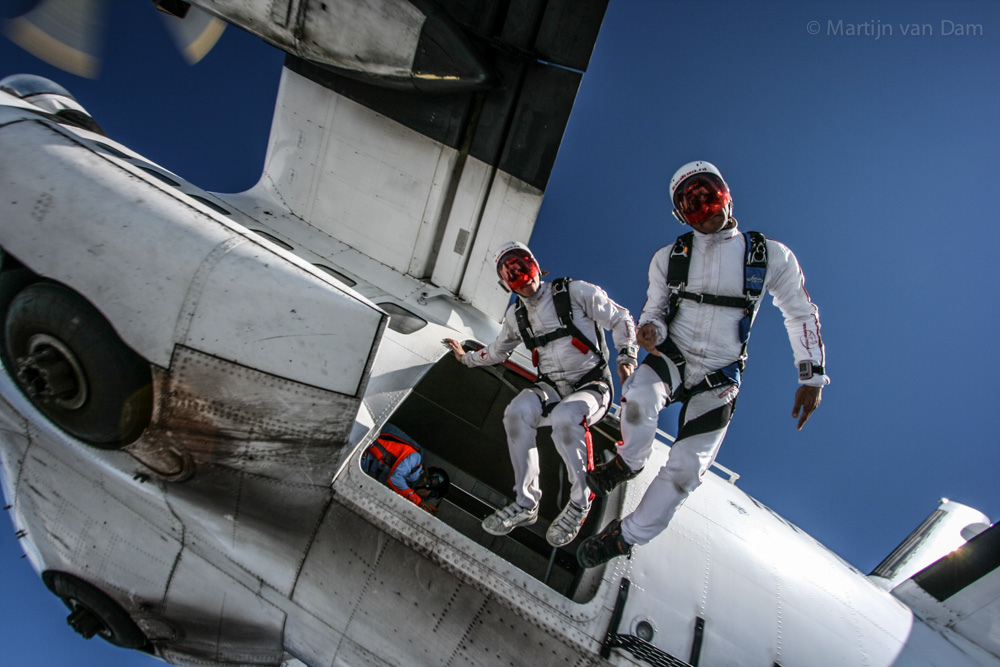 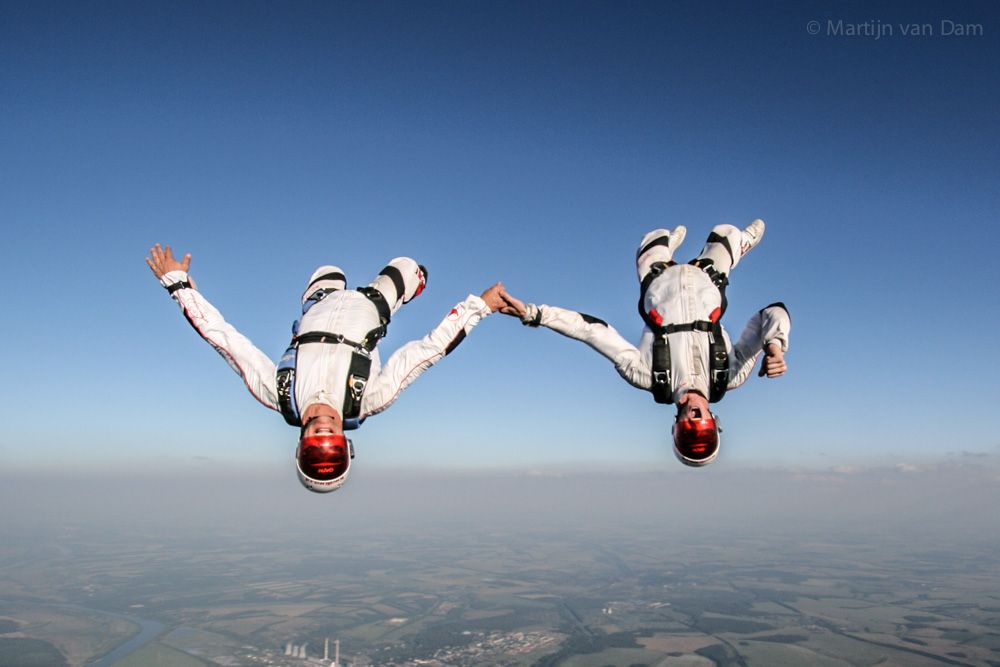 ToraTora was created as a freefly team in 2005 by Etienne Schreinemacher and Jasper van der Meer.

Martijn van Dam joined a year later as camera flyer, and the team started competing in 2006. The team soon became very successful, resulting in a 1st place ranking after round one at the World Cup of 2007, our very first international competition. We finished 4th, a satisfying score with only 150 training jumps that year. Having smelled the gold, we decided to start training for real the following year.

Sadly, Etienne was forced to stop skydiving in 2008 due to a serious injury resulting from a skydiving accident.

In lack of a team member, the team stopped competing but continued training, playing, coaching, and organising events. Other athletes like Daniel Saeuberli, Sarah Belien, René Terstegen, Jarno Cordia, Willem de Groot and Floris Drevel joined the team later on as coaches, organizers, filmers and photographers. We continue playing together, celebrating our 15 year anniversary in 2020!